An Investigation by Choice Has Found That 76 per Cent of Australians Are Not Aware the Retailers Record Their Faces, With Kmart and Bunnings Only Advising Customers of the Security Measure via Small Signs at Entrances

An Investigation by Choice Has Found That 76 per Cent of Australians Are Not Aware the Retailers Record Their Faces, With Kmart and Bunnings Only Advising Customers of the Security Measure via Small Signs at Entrances

The world is divided into three warring communist spheres – Oceana (America and England), Eurasia (Russia and a soon to be conquered Europe) and Eastasia (China and its neighbours).

And there are cameras everywhere which watch your every move.

An investigation by CHOICE has found that 76 per cent of Australians are not aware the retailers record their faces, with Kmart and Bunnings only advising customers of the security measure via small signs at entrances.

CHOICE has announced it is referring the retailers to the Office of the Australian Information Commissioner (OAIC) to investigate potential breaches of the Privacy Act.

The advocacy group is also calling on the federal government to implement a regulatory framework that protects consumers from harmful and unfair practices.

“Using facial recognition technology in this way is similar to Kmart, Bunnings or The Good Guys collecting your fingerprints or DNA every time you shop,” Bower said.

“Businesses using invasive technologies to capture their customers’ sensitive biometric information is unethical and is a sure way to erode consumer trust.”

However, this is only going to get worse. Lobbyists are pushing for government and the laughably mislabelled “private” sector to pool their digital resources and use the same facial recognition system.

Australia’s current ID system was also found to be “uneconomical with identity data”, with both government and the private sector collecting and retaining too much data.

Instead, the review recommends that Australia adopt a “skinny” concept of identity, whereby only a small number of attributes such as a name and date of birth, as well as a biometric identifier, are considered “core identity”.

All other attributes or information “should be treated as additional information about a person” to maximise “privacy, interoperability and portability”, the review’s authors said.

The FVS is currently available to select government agencies to conduct one-to-one photo comparisons for identity verification, but – unlike the DVS – it remains inaccessible by the private sector.

Local governments and businesses are slated to gain access to the FVS following passage of the long-delayed identity matching service bill, rejected by the Parliamentary Joint Committee on Intelligence and Security in 2019 over privacy concerns.

iTnews understands that proposed amendments to the bill, which will also see the creation of a national drivers licence facial recognition service, were referred back to the PJCIS in July 2020.

The review recommends the government “complete the FVS and make it available to the private sector” at the “earliest opportunity”, but that its use should be “contingent upon each organisation meeting standards set out in the identity code”.

Any use of facial biometrics and FVS “should require a person’s choice or consent, or be authorised by law, the review said, adding that there would need to be a “genuine alternative” for those that require it.

“This system of reliance effectively limits the amount of data collected and the number of organisations that have the data; in stark contrast to the current system in Australia,” the review said.

“The use of a biometrics also provides a much greater level of security and certainly about a person’s identity that the current reliance on a collection of documents. It also makes it easier and more convenient to check an identity at any point in the process.”

It’s the new normal, apparently. This is what the WEF meant when they congratulated Old Smirk Face on his work in pushing along Australia’s so-called “digital transition”.

For all the fluff about digital security and privacy, what these maniacs really mean is that they want to make digital ID’s mandatory. They want to combine your personal information with your financial and purchasing data which they will collect via the mandatory use of private central bank backed digital currencies.

Mandating proof of ID to use the internet will mean that they can literally track how you think at every minute of the day.

They believe they have powerful enough AI so that they can actually make sense of the mountain of data they are collecting, and predict outcomes to a high degree of accuracy.

Communism consistently fails because a centrally planned economy consistently collapses. Even if you get the smartest 100 economists and put them all in the same building, they are not going to be as smart as 150 million individuals making decisions based generally on their own best interests. The free market is not perfect, but it is the most efficient means of directing resources to where they need to go.

But what if you had a trillion big brained economists and you could read the minds of every human on the planet? Surely real communism could be tried, finally. Surely it wouldn’t fail this time. We just need to do it globally and control literally everything. So what if the world’s population is reduced to 500 million in the process? We could create the perfect world.

That’s what these lunatics genuinely think they can do. We’re going to have to destroy all the computers. 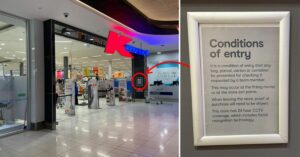