Riccardo Bosi has had his bank accounts frozen in what appears to be a political attack! 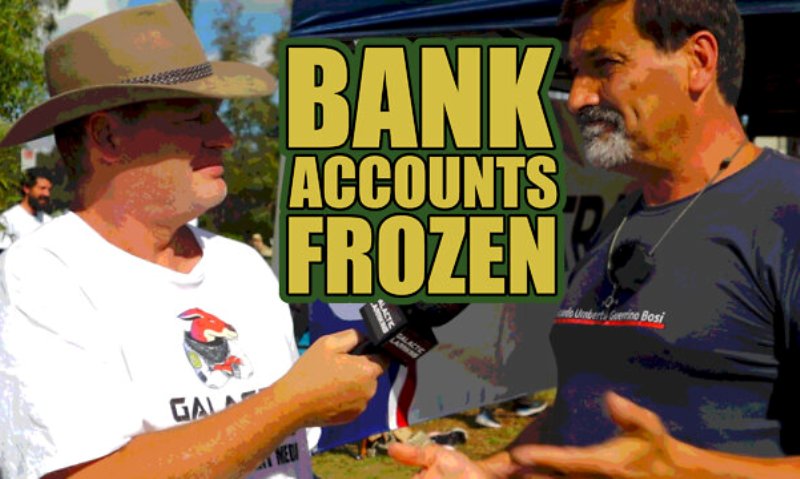 Here’s what others had to say:

Jules1100
I love hearing Bosi sounding so positive. The bastards freezing his bank account is illegal and evil. But what do we expect. I pray what he is saying is true. God Bless you all.

Andie33
They are …this corrupt situation is dying .. so glad so much filth and evil coming to an end.

Jules1100
I love reading your post. I pray you are correct. but can you back up what you have said?? There is so much evil. And here in commie victoria our dictator aka mad man has just made it mandatory for the teachers to have the third jab!! WTF. This is so wrong.
I will be doing absolutely what Bosi is saying, this is not an election it is a selection. Out with majors, in with the freedom fighters.

Monna5lisa
I’m full blood Spartan we fight to the end. Never give up. Love listening to Ricardo Bosi the one man that doesn’t mince his words. I wish the masses wake up because the Great Awakening will be a Rude Awakening for them. We fight for our future generations.

reikiandlove
Yes, it has been happening! It happened to Dave Onega, because he was helping people during the flooding. It’s the Commonwealth Bank.

GenevieveDebraMay
I believe the everyday Australian needs some practical education on how to vote.i know for myself I was never taught this so when we vote we are never quite sure that our vote went to the party that we meant to vote for…it was never so clear to me at the last West Australian Election when McGowan got in..the feeling I had was because there were so many independent candidates that the LibLabGreen would do less well, but NO..it was business as usual..I had an intuition back then that my vote counted for naught..You cannot rely on your feeling only..however, I felt that way,. Sincerely people everybody vote in this election and put the major parties last..and can we have more education on how to get our vote to count..Thank you

PossumBilt
I think you should get out of the sun your self & back into your cupboard or basement/cellar, either take your meds or stop, it will surely help either way, if you have some thing to say, try being positive & interpretive instead of just plain nasty & condescending.